Rob and Kelly - Cornish Wedding at the Eden Project - March 2016

We had the pleasure of photographing Rob and Kelly's Wedding held in the Mediterranean Biome at the Eden Project on the 5th of March 2016 - this happened to be St Piran's Day and also the Cornish Pasty Championships!

The day started with the girls getting ready at an apartment in Pochin House, just a stone’s throw from the Eden Project. It was a lovely bright day - stark contrast from the weather that Cornwall had been experiencing as of late.  Not only was I the photographer, it transpired that I was also chief taxi flagger down and also bag carrier - it's never a dull job being a Wedding Photographer. 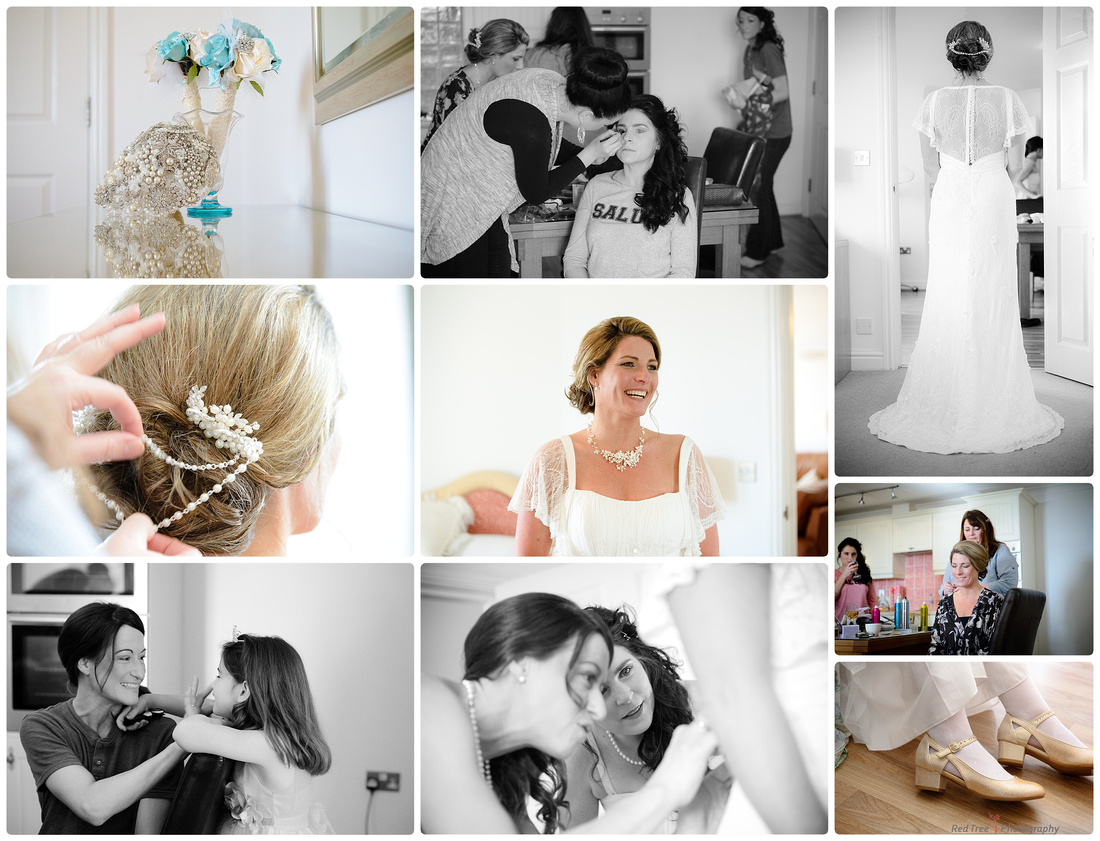 Kelly had her hair and makeup down by the brilliant Lynn from Spellbound Hair and Makeup, the bridesmaids Melanie and Frankie did a sterling job of making sure everything was running to time (well nearly) but hey, it’s a Wedding and everyone made it to the Eden Project on time for the Ceremony.

The guys looked very dapper, and Finley stole the show. 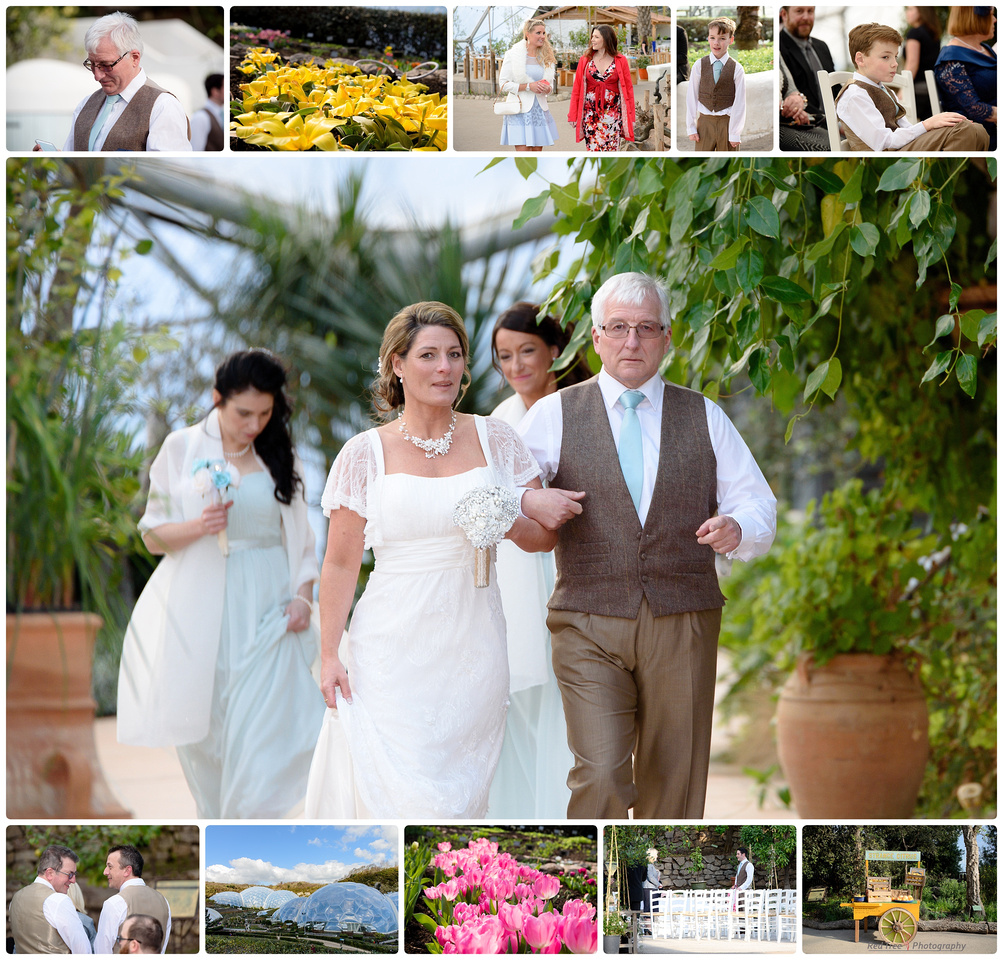 After the ceremony it was time for everyone to grab some liquid refreshments and to do the group shots......or so we thought...... what followed was an impromptu performance from the brilliant Seth Lakeman!!!! who had just come off stage from performing at the Cornish Pasty Championships, much to everyone's delight. 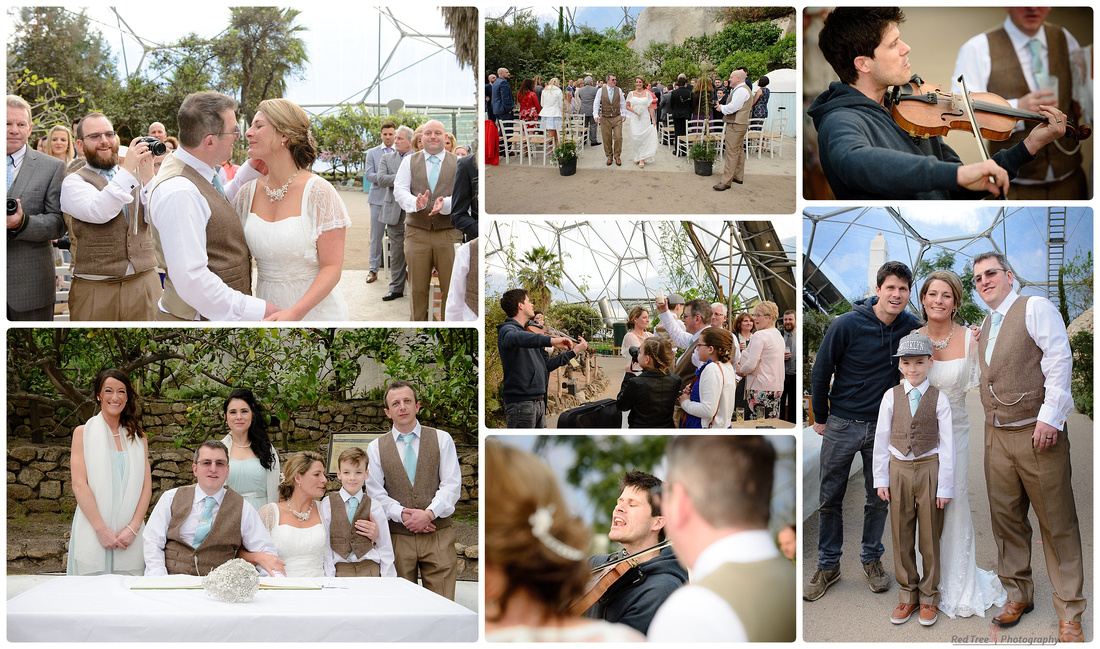 After Seth's brilliant performance we did the group shots before a stroll around the Biome to capture some lovely relaxed moments between Rob and Kelly.

Everyone then boarded the Land Train to the Gallery for the Wedding Breakfast, I say everyone - I chose to run up ahead and grab the shots of cake and other details before everyone arrived. (I need to visit the Gym more often!!)

After the Wedding Breakfast, some of the children took to the dance floor to practice their moves before the grownups got on there! some heartfelt speeches followed before the cutting of the cake made by Donna Mears  and the first dance, which was the upbeat “Shut Up and Dance” by “Walk the Moon”

After the first dance the great SoulStone Duo with Josiah on guitar and Charlotte on vocals took to the stage to get everyone in the party mood! 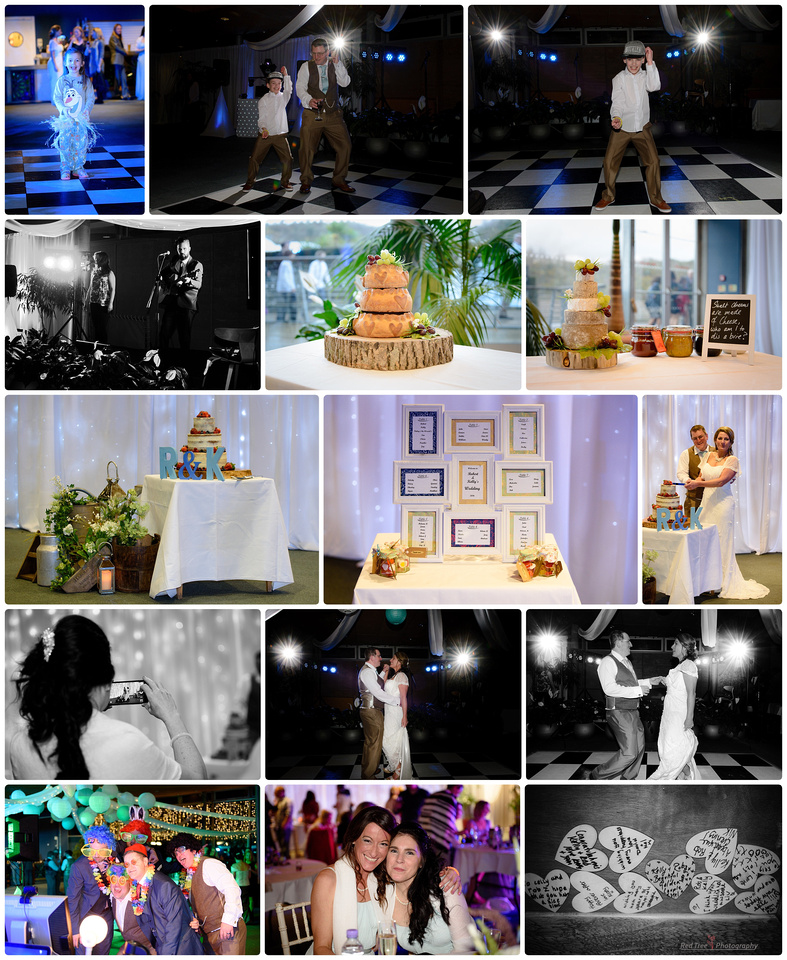 It was a fantastic day and I would like to thank Rob and Kelly for letting us be part of their day and to Emma Halliday, the Eden Projects Events Coordinator for making sure everything ran smoothly.

Time for a new pairs of shoes!!!